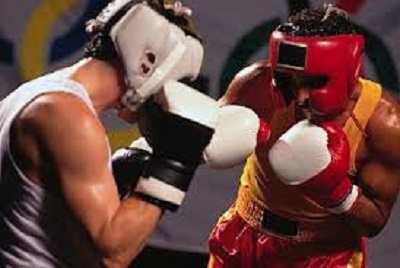 For the beginner, sparring is often a scary experience. Who could blame them? There’s gloves, legs, knees and all sorts of body parts flying at them at high speed. People get injured. Often.

So how does the novice traverse this trial by fire?

You should start slow. Easing your way into it is obviously the right way to begin. Get used to the way different kicks and punches come at you. Get a feel for what works for you. Lose what doesn’t.

But a lot of the time, this isn’t enough to stop fear from being a roadblock. At some point, you have start enjoying the experience. And once you let the fun in, it’s harder for the fear to be there.

Go on to Youtube and look up the boxer Floyd Mayweather Jnr. While he’s got his own personal issues, this is a man that enjoys the pressure. When I watch any of his fights, I see someone who enjoys what most people fear – being attacked. Floyd’s career has been built on making people miss. He’s not an angry fighter. He loves what he does.

When you’re angry, you tense up. You move slower. And you don’t hit as hard.

Anger is also the flip side of fear. And the two change into one another very easily.

At the start of Enter the Dragon, Bruce Lee takes the opportunity to impart some of his wisdom on this topic. His student, after a few attempts at a step in side kick, grits his teeth and tries again. Bruce reminds him, ’emotional content – not anger’.

For me, ’emotional content’ means revelling in the experience. It’s the magic bullet. Immerse yourself in it. Love it. Just don’t fall in love with knocking people out.