The Necessity of Shaolin Combat 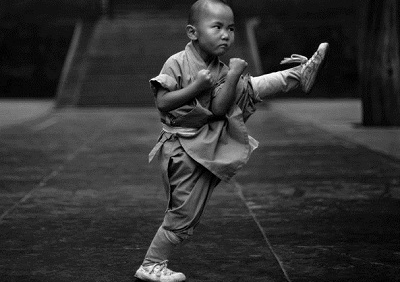 Firstly, traditional Shaolin styles (boxing) are designed for battle; they are not designed for one-on-one combat, but one against many. Almost all styles are made of forms that are designed to fight multiple opponents. As such, the forms are not one directional, but many. They assume that strikes come from the front, from the sides and from the rear. Each form teaches that in combat (or in battle) you will not be engaged with only one opponent. It also implies that if you are able to defend yourself against many attackers, then you should be more than capable of defending yourself against one attacker.

Secondly, the techniques within each Shaolin Kung Fu form are dynamic enough for them to be taken apart and reconstructed differently. Meaning, learning every technique in a form is important but the link between one move and another is even more important. The more forms a martial practitioner learns the more they understand the nature of these links. The key is to understand how and why one technique leads on to another in any given form. Even more so, were there any alternative techniques that could have been used instead?

Lastly, about 20% of the techniques used in Shaolin Kung Fu are not allowed in any controlled combat environment, such as in MMA fights. These techniques include strikes to the eyes (E.g. from snake style), strikes to the throat (E.g. from eagle claw) or groin strikes (E.g. from tiger boxing) to name a few. Controlled combat environments reduce the effectiveness of Shaolin combat techniques by about 20%. Thus, as Shaolin Kung Fu martial practitioners we are crippled, and cannot use all techniques at our disposal. Imagine if we ask a boxer not to use “uppercuts”. This will significantly reduce the effectiveness of the boxer against another who is allowed to use uppercuts.