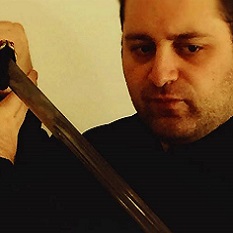 Lao Shi Aram started training at the academy in 1999 under Si Gong Keith I. Blackburn. He attained his black sash 2004. Lao Shi Aram continuously strives to master the traditional techniques of Shaolin Kung Fu and their application to real life combat. His skills lie primarily in the art of Shaolin Tiger boxing and a number of traditional Shaolin weapons, including the Shaolin staff, the straight sword, the hook swords and the spear. Lao Shi Aram loves to teach and contribute to the growing knowledge of Shaolin Kung at the Academy.