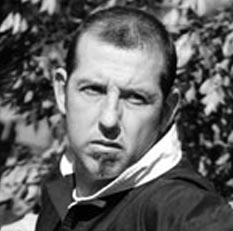 Lao Shi Craig started training at the Academy in 1999 under the tutelage of Si Gong Keith,and subsequently trained with Shifu Teja, Sifu Sean and Sifu Monte.  Lao Shi Craig has been an instructor since 2006, attaining his Black Sash on 6 August, 2011, and in 2013 was also a member of the group who travelled to China.   Combat and sparring, Taiji and the Wushu and Acrobatics class with Chong Wei are Craig’s favourite areas of Kung Fu.  The positive effect  that kung fu has on people’s lives as they train never ceases to amaze him.  Lao Shi Craig teaches his class with equal parts respect/patience/discipline/encouragement, and a very healthy serve of marshmallow.  Surfing, boating, riding, and collecting motor bikes (and a good cup of tea) are what Craig looks forward to at the weekends.